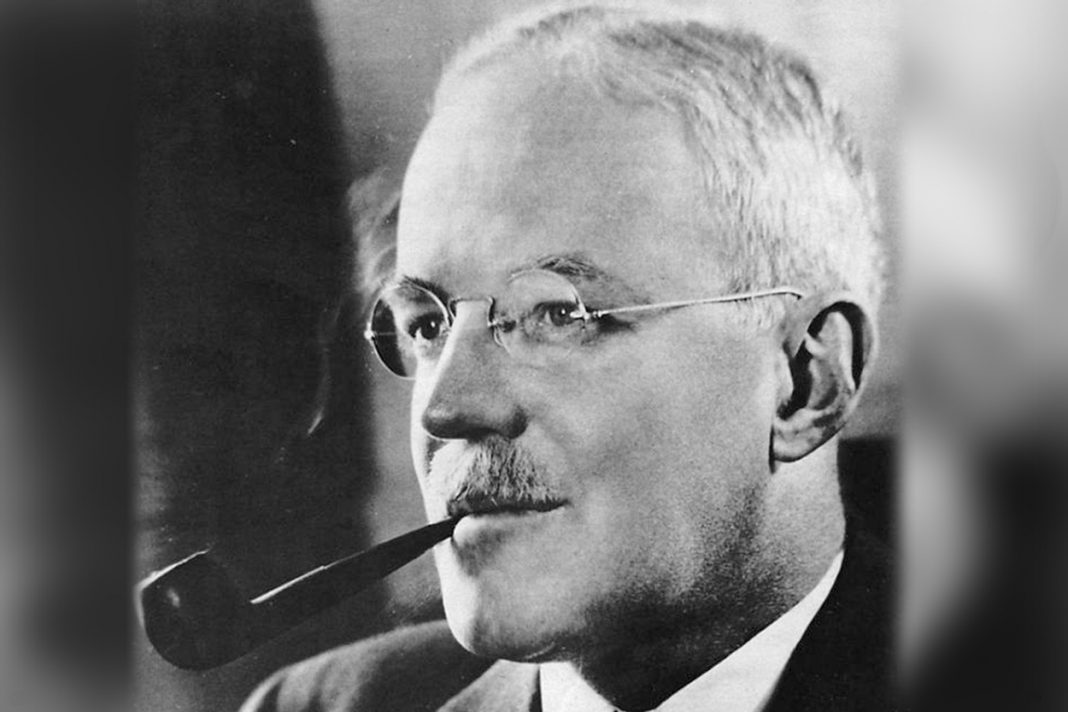 On April 13, 1953, CIA director Allen Dulles authorized Project MKULTRA, the controversial series of experiments aimed at developing mind control techniques and discovering a “truth drug.”
Agents dosed subjects with LSD and other psychotropic narcotics, hypnotized them, and exposed them to radiation and electroshock therapy. Some of the participants volunteered, but others did so unwillingly and unwittingly.

The CIA attempted to destroy all records of the program. However, they were leaving behind only seven boxes of official files overlooked during the document purge. But a few stories survived. One of the strangest revolves around a series of uncontrolled experiments named Operation Midnight Climax.

CIA operatives involved with Midnight Climax hired prostitutes in San Francisco to lure clients back to brothels. Once there, the agents secretly drugged their targets and watched them engage in sexual activities from behind a two-way mirror.

America’s spies began searching for mind-control substances during World War II. As the conflict raged, the Office of Strategic Services, the precursor of the CIA, implemented a truth-drug program in hopes of discovering a means to coerce prisoners-of-war to reveal their secrets during interrogations.

According to journalist Gary Kamiya writing in the San Francisco Chronicle. The OSS initially toyed with a concentrated liquid form of marijuana rather than the newly discovered LSD. George White, an OSS captain and ex-federal narcotics agent, gave the first dose to a New York mobster in 1943.
“Every (subject) but one — and he didn’t smoke — gave us more information than we had before,” one of White’s colleagues recalled. However, the results were ultimately deemed “inconclusive,” Kamiya wrote.

After The World War II

As World War II ended and the Korean War intensified, the CIA and the Pentagon grew concerned over reports. According to reports, foreign intelligence agencies had developed brainwashing methods of their own. These rumors inspired the classic Cold War film The Manchurian Candidate.

MKULTRA was, at least in part, a response to this perceived threat.
Sidney Gottlieb, the head of the Chemical Division of the CIA’s Technical Services Division, urged Dulles to approve testing LSD as a potential mind-control or brainwashing substance.

Gottlieb brought White, a “rock-em, sock-em cop not overly carried away with playing spook” into the program as a “consultant,” according to one account.

White started in Greenwich Village, where he administered “LSD, knockout drops and marijuana to his unwitting ‘guests’ using food, drinks and cigarettes, then tried to get them to talk,” Kamiya wrote.
It didn’t take White long to veer the experiments in the direction of illicit sex. He transferred to San Francisco in 1955 and set up a brothel in the city’s Telegraph Hill neighborhood. He wanted the spot to have “a French-whorehouse look,” Kamiya added. 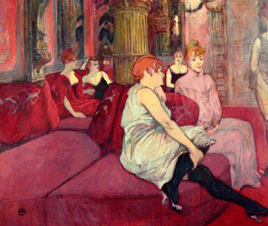 The operative decorated the walls with Toulouse-Lautrec prints, photos of can-can dancers, and images of women in bondage and S&M scenarios. To complete the setup, he installed two-way mirrors for agents to sit behind and watch.
“It was supposed to look rich, but it was furnished like crap,” one narcotics agent who frequented the location told John Marks, author of The Search for the “Manchurian Candidate:” The CIA and Mind Control.

The prostitutes picked up the johns at local bars and brought them back to the makeshift brothel. White his fellow agents preferred men from working class or financially disadvantaged backgrounds. The idea was that subjects with limited social status would attract the least attention, and be less likely to cause any issues.

“An unsuspecting john would think he had bought a night of pleasure, go back to a strange apartment, and wind up zonked,” Marks wrote.

Of course, official documents employed vague, bureaucratic language when portraying the encounters. A report written by Gottlieb that survived the purge described the process as follows: “Certain individuals [the prostitutes] would covertly administer this material [the drugs] to other people [the johns] in accordance with [White’s] instructions.”

White paid the women with agency funds and chits “they could use for favors such as getting out of jail,” Kamiya added.

Gottlieb was aware the financial scheme could be dangerous. “Due to the highly unorthodox nature of these activities and the considerable risk incurred by these individuals. It is impossible to require that they provide a receipt for these payments or that they indicate the precise manner in which funds were spent,” he wrote in his report.

But the MKULTRA team considered the first San Francisco safe house such a success that they opened a second one across the Golden Gate Bridge in Marin County. White also oversaw this operation.

“You could bring people in for quickies after lunch,” one MKULTRA agent told Marks of the Telegraph Hill address.

The suburban Marin County location, on the other hand, provided a greater sense of isolation and secrecy, allowing for more elaborate — and ridiculous — experiments.

“There TSS scientists tested such MKULTRA specialties as stink bombs, itching and sneezing powders, and diarrhea inducers. TSS’s Ray Treichler, the Stanford chemist, sent these harassment substances out to California for testing by White. Along with such delivery systems as a mechanical launcher that could throw foul-smelling objects 100 yards. Glass ampules that could be stepped on in a crowd to release any of Treichler’s powders. Also, a fine hypodermic needle to inject drugs through the cork in a whine bottle, and drug coated swizzle sticks.”

The secret doping experiments didn’t end there, nor did the operatives’ choice of drugs and targets stay confined to johns. “If we were scared enough of a drug not to try it out on ourselves, we sent it to San Francisco,” a CIA source told Marks.

Wayne Ritchie, a deputy U.S. Marshal, unknowingly drank an LSD contaminated beverage at a Christmas party. Out of his mind, he attempted to rob a bar at gunpoint, according to a haunting account at S.F. Weekly. He resigned from the Marshals Service but avoided jail.

White’s journal indicated he was also at the party. Ritchie went on to sue the U.S. government but was unable to prove the CIA dosed him.

The agency shut down MKULTRA in the late 1960s after John Vance of the CIA’s inspector general’s office discovered the experiments. However, two related programs, MKSEARCH and Project OFTEN, continued until 1972 and 1973, respectively.

There were real human victims as a result of these programs, including at least one death. Numerous subjects suffered permanent mental and psychological degradation.

At the least, Operation Midnight Climax was a failure and an embarrassment for the CIA. It provided inconclusive, unscientific results with scant actionable intelligence applications. It besmirched the reputation of the CIA, both in terms of ethics and practicality. Also, negatively affected the lives of hundreds of people.