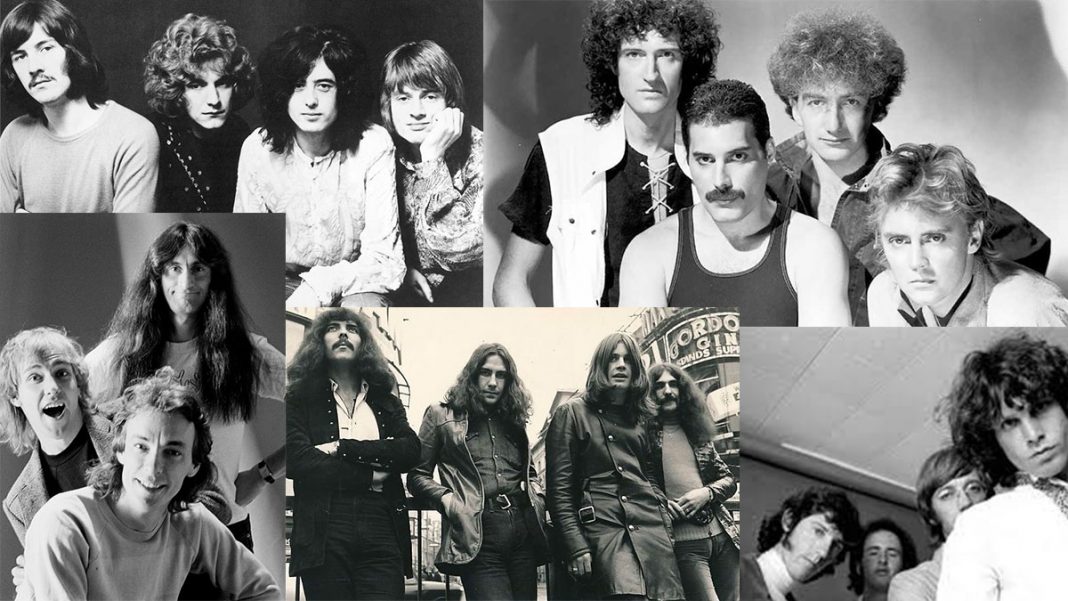 Music taste has always been a subjective issue. However, there are some bands that we’ve been always agree about their eternalness. In this article, we will mentioned top 5 of timeless best bands of all time that everyone is agree about their marvelous success.

If we are talking about best bands of all time, we must mention Led Zeppelin. Led Zeppelin were formed in 1968 in England. It is hard to label what their genre was. However, we can say that they were a pioneer of a blues rock type music. Every four-group member namely Robert Plant, Jimmy Page, John Paul Jones and John Bonham had an extraordinary talent. Neverthless they mostly got fame through Jimmy Page’s unusual singing style. After the John Bonham’s sudden death in 1980, group decided to not release new recordings.  Whether their well-known songs are “Stairway to Heaven”, “Whole Lotta Love” and “Immigrant Song”, I personally recommend their “Physical Graffiti” album. I guarantee you will not regret any moment.

The Doors was a band that identified Jim Morisson’s (Lizard King) exceptional personality. Their music cannot label any genre, but we can say that they were a creator of a “psychedelic rock” type.  The band formed in 1965 by Ray Manzarek and Jim Morisson. After Morisson’s suicide in 1971, group’s musical activity ended. If you want to dive in Morisson’s universe, you must firstly listen whole “An American Prayer” album. Also, Albums  called “The Doors” and “Strange Days” are a good starting point to catch band’s musical magnificence.

Even you are not very much liking rock music, you definitely heard Queen and obsessed with their talent once in your lifetime. Queen is a British rock band which formed in 1970. They got success especially with their first 20 years thanks to Freddie Mercury. After his tragic death in 1992,  his fans devastated. However, his reputation and songs that he left behind never aging. Most popular songs of the group are: “Bohemian Rhapsody”, “Don’t Stop Me Now” and “We Will Rock You”.

When Rush first formed in 1968, they labelled as fake Led Zeps. Even though their first album was near the blues rock genre, their path changed after that. They were stick at progressive rock until they are breaking up in 2018. If you are not heard about them until this time, you must listen their albums called “Rush” and “Fly By Night”. After this starting, i bet you cannot wait to listen their masterpiece “Moving Pictures”.

The moment that Black Sabbath’s formed, was a huge turning point for whole music industry. They influenced lots of heavy/thrash metal, grunge and doom bands. Because before them, no one never heard that level darkness and heaviness in any music band. Most of their fame came from their first six album which recorded with Ozzy Osbourne who was the vocal of the band in that term. His unique vocal technic stunned the listener as expected. After 1979 band started to record albums with Ronnie James Dio which is an amazing vocal too. Their noteworthy songs are “N.I.B”, “Paranoid”, “Iron Man” and “War Pigs”. I also want to recommend our heartbroken readers to song called “Solitude”.

Of course, there are other bands that worth to mention like The Beatles, Rolling Stones, Pink Floyd and AC/DC, I believe I gave you a brief information about a small piece of every genre of a best bands of all time.