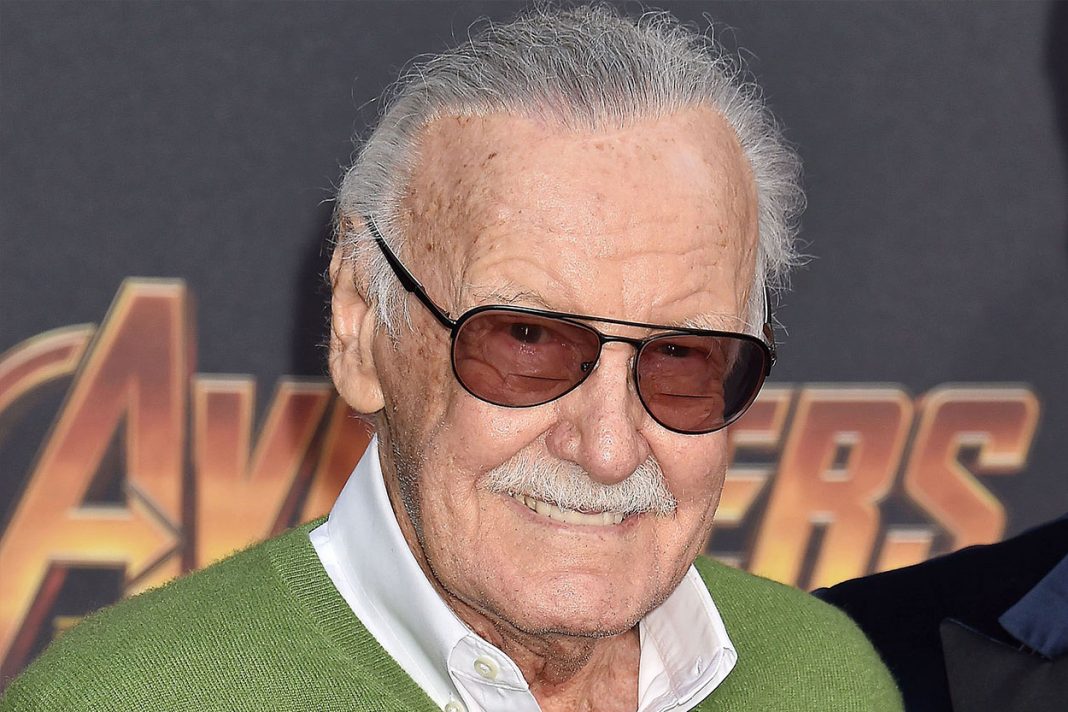 Comic book legend Stan Lee’s life was always an open book. The co-creator of some of the greatest superheroes and most beloved stories of all time. Stan Lee passed away on November 12 at the age of 95. He became just as mythical and larger-than-life as the characters in the panels. In 2015, around the time of Marvel’s 75th anniversary, Lee had the idea to reflect on his own life, as he said, “in the one form it has never been depicted, as a comic book … or if you prefer, a graphic memoir.” We wrote 10 amazing facts about Stan Lee for his memorial.

The result, published by the Touchstone imprint of Simon & Schuster in 2015, was Amazing Fantastic Incredible: A Marvelous Memoir—which was written by Lee with Peter David and features artwork by cartoonist and illustrator Colleen Doran. Here are 10 things we learned about Lee.

1. His Wife Also His Barber

As a bit of a throwaway fact, Stanley Martin Lieber (Stan Lee) revealed the secret of his slicked back mane on the second page of his memoir. “My whole adult life, I’ve never been to a barber,” he wrote. “Joanie always cuts my hair.”

2. His Confidence Came From His Mother

Lee wrote that as a child he loved to read books by Mark Twain, Sir Arthur Conan Doyle, Jules Verne, H.G. Wells, and others. And also his mother often watched him read: “I probably got my self-confidence from the fact that my mother thought everything I did was brilliant.”

Before writing about the fantastic lives of fictional characters, Lee wrote antemortem obituaries for celebrities at an undisclosed news office in New York. He said that he eventually quit that job because it was too “depressing.”

A week into his job at Timely Comics, Lee got the opportunity to write a two-page Captain America comic. He wrote it under the pen name Stan Lee (which became his legal name) and titled it “Captain America Foils the Traitor’s Revenge.” His first full comic script would come in Captain America Issue 5, published August 1, 1941.

5. He Wrote Training Films For The Army With Dr. Seuss

After being transferred from the army’s Signal Corps in New Jersey, Lee worked as a playwright in the Training Film Division in Queens with eight other men, including a few who went on to be very famous: Pulitzer Prize-winning author William Saroyan, cartoonist Charles Addams (creator of The Addams Family), director Frank Capra (Mr. Smith Goes to Washington[1939] and It’s a Wonderful Life [1946]) and Theodor Geisel, better known as Dr. Seuss.

6. He Defied The Comics Code Authority With An Anti-drug Comic

In 1971, Lee received a letter from the Department of Health, Education, and Welfare. They were asking him to put an anti-drug message in one of his books. He came up with a Spider-Man story that involved his best friend Harry abusing pills because of a break-up. The CCA would not approve the story with their seal because of the mention of drugs. However Lee convinced his publisher, Martin Goodman, to run the comic anyway.

7. An Issue At The Printers Turned The Hulk Green

The character was supposed to be gray, but according to Lee, the printer had a hard time keeping the color consistent. “So as of issue #2,” Lee wrote, “with no explanation, he turned green.”

8. His Wife Destroyed His Prized Typewriter

According to Lee, during an argument, Joanie destroyed the typewriter. He used to write the first issues for characters including Spider-Man and The Fantastic Four. “This happened before eBay,” he wrote. “Too bad. I could’ve auctioned the parts and made a mint.”

9. A Fire Destroyed His Interviews And Lectures

When Lee moved his family to Los Angeles, he set up a studio in Van Nuys. And also, he stored videotapes of his talks and interviews, along with a commissioned bust of his wife. The building was lost to a blaze that the fire department believed was arso. However no one was ever charged with the crime.

10. His Favorite Marvel Film Cameo Was Based On One From The Comics

Beginning with the first Spider-Man film in 2002, Stan Lee has made quick cameos in Marvel films as a service to the fans. He said that his appearance in Fantastic Four: Rise of the Silver Surfer (2007) was inspired by the story of Reed and Sue Richards’ wedding in Fantastic Four Annual Volume 1 #3, in which he and artist/writer Jack Kirby attempt to crash the ceremony but are thwarted.

If you want to learn about much more about legendary Stan Lee, you can check his biography on IMDB.